SONICSGATE: REQUIEM FOR A TEAM 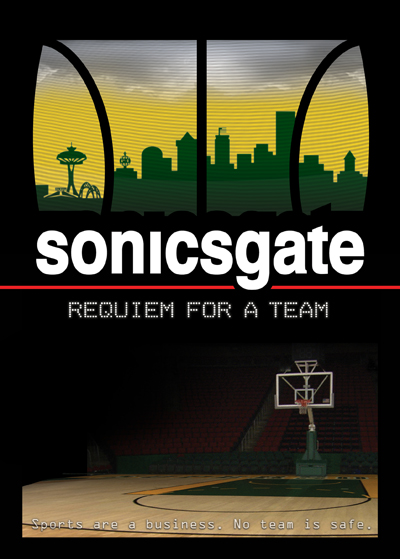 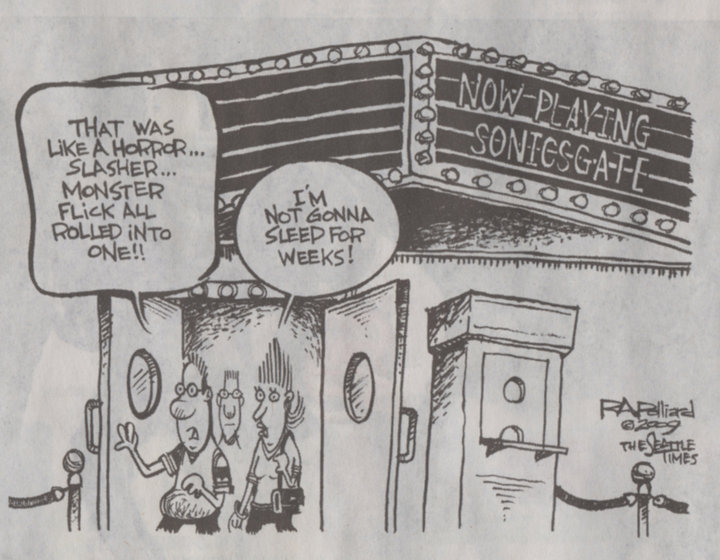 “The Most Persuasive Grassroots Flick of 2009… Don’t be fooled by the price tag. This pitch-perfect documentary shows the collateral damage when a team leaves town.” – Sports Illustrated | Volume 111, Issue 25

“An exceptional but thoroughly depressing chronicle of how the Sonics left.” – Greg Bishop | The New York Times

“Sonicsgate is interesting for the larger questions it asks about our culture: Do cities owe teams brand new facilities every decade? Should billionaires and millionaires receive subsidies in the name of civic pride?” – Laremy Legel | Film.com

“Illuminating… More than just a sports film, Sonicsgate also reveals some larger truths about government and big business, that ultimately everything comes down to ego, power and money.” – Bob Condotta | The Seattle Times

“Reminded us that virtually no team, however entrenched in their community, is immune to the economic and political forces that could take them elsewhere at any moment.” – Preston Bounds | Sports Business Daily

“Sonicsgate succeeds mightily… a tutorial in how badly the public can be treated by insiders and powerbrokers. If the mainstream media has showed us someone lying more blatantly than this, I am not aware of it.” – Henry Abbott | ESPN TrueHoop

“This is a must-watch film for any basketball fan.” – Matt Lawyue | SLAM Magazine

“Reid’s film is about love, loss and the heartache that ensues when a beloved enterprise decides to skip town…” – Sara Michelle Fetters | MovieFreak

“A meticulous examination of the political malfeasance, conspiracy, and media cover-ups that led to the team’s relocation.” – Karen Quinn | Seattle Metropolitan Magazine

“This is unequivocally the most exciting political drama since ‘All The President’s Men’, another movie with some pretty heroic journalists.” – Bill White | Seattle Post-Globe

Hope for the Teamless in Seattle | The New York Times

Sonicsgate Premiere in New York | ESPN Outside The Lines I

A City Left Behind | ESPN SportsCenter

The Plan to Bring Basketball Back to Seattle | Grantland

Why We Should All Root for the Miami Heat | The Nation

How Long Should Fans Stew Over Lost Teams? | ESPN

Not just a movie, it's a movement.